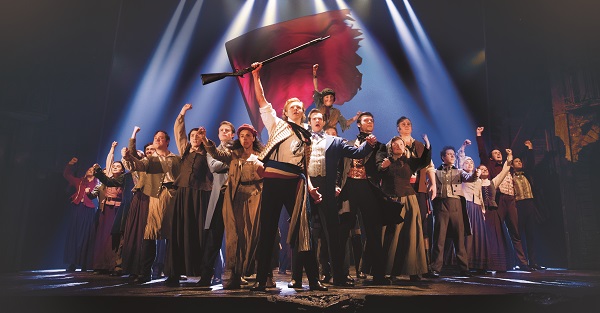 We’ve waited a bit longer than One Day More for Les Misérables to come to Bristol on its UK and Ireland tour. But, the hit musical will finally be coming to the city in July 2022, running through into August.

Full casting has been announced for the production, which opens in Glasgow this month.

Joining Dean Chisnall as Valjean, Nic Greenshields as Javert and Katie Hall as Fantine will be Ian Hughes as Thénardier, Will Callan as Marius, Nathania Ong as Eponine, Helen Walsh as Madame Thénardier, Barnaby Hughes as Enjolras and Paige Blankson as Cosette.

Les Mis is one of the longest running musicals in the world, featuring songs I Dreamed a Dream, On My Own, Stars, One Day More and Do You Hear the People Sing? It’s been made into a major movie, seen by over 120 million people worldwide and translated into 22 languages.

This production features design by Matt Kinley, who was inspired by the paintings of Victor Hugo. It’s directed by James Powell and Laurence Connor, with costumes by Andreane Neofitou and Christine Rowland, lighting by Paule Constable, sound by Mick Potter, musical staging by Michael Ashcroft and Geoffrey Garratt, and music supervision by Stephen Brooker and Alfonso Casado Trigo.

For more information or to book, visit: https://www.atgtickets.com/shows/les-miserables/bristol-hippodrome/

Booking Now: An Officer and a Gentleman Coming to the Bristol Hippodrome on Tour 2018

That’ll Be The Day Christmas Special

Tickets On Sale Today for Ross Noble at The Bristol Hippodrome